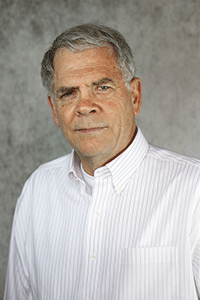 Prior to coming to the University of Louisiana at Lafayette in 1985, I worked at a variety of occupations which helped to shape my career. I was an engineering aide at Barber & Nichols Consulting Engineers, a programmer at Scientific Software Corporation, an infantry officer in the US Army, an assistant professor at Floyd Junior College, an assistant professor at Southeast Missouri State University, and an assistant professor at Kuwait University. Since being at UL Lafayette, I have had the opportunity to share my experience and passion for Mathematics with many students and faculty. As advisor for the Math Club, I initiated and encouraged students to solve journal problems, thus competing with individuals and teams worldwide. So far, I have supervised or jointly supervised 10 Ph.D. students and have written over 140 research papers and one advanced graduate level textbook with colleagues from here and around the world. My research has led to invitations to visit and collaborate or lecture in Austria, Canada, China, Czech Republic, Egypt, Hungary, India, Mexico, South Africa, South Korea, Thailand, Turkey, and throughout the USA.

My current research interests are Ring and Module Theory, Near-ring Theory, Radical Theory, Semigroup Theory, Groupoid Theory, Loop Theory, Coding Theory, and Universal Algebra. In ring theory my recent research is on on quasi-Baer rings and on structural decompositions especially triangular matrix representations. For module theory I am interested in decompositions arising from various generalizations of injectivity and/or projectivity. Much of my research in ring theory, near-ring theory, and semigroup theory centers around the concepts of primeness and nilpotency. In groupoid theory I study various identities including the left (or right) self distributive identity. Some of these results have been extended to rings and near-rings. Also I have investigated loops which are semidirect products of subgroups and group codes.